We seek to build upon this established clinical track record and introduce an exciting new element – clinical and laboratory based burns research.

Our group has pioneered the use of a new technique of Laser Doppler Imaging in predicting burn wound outcome in children. A laser light is used to determine flow beneath the wound and thus to predict its depth and inform treatment decisions. Recently, new equipment has been devised which enables the process to be completed in 5 seconds rather than 3 minutes. Studies into the usefulness of this technique are continuing.

Other work is looking at the role of fibrocyte cells in hypertrophic (thick, raised) scarring, and the molecular biological process which regulates burn wound healing.

In other areas, our research has confirmed the role of running water as the optimal burns first aid and treatment in children; determined the optimal time to graft a scald burn, and looked at long term clinical outcomes to determine the influence of time of healing on the development of a hypertrophic scar.

We are currently developing a new model of hypertrophic scarring to better assess current and new treatments of scarring, including the use of laser treatment.

John Harvey has been a Paediatric Surgeon at the Children’s Hospital at Westmead since 1981. His interests include the introduction of laser therapy for burns scars, development of  formal training programs for surgical trainees, burns education programs in schools and the provision of burns care for the developing world. More information can be found on John's University of Sydney profile page

Andrew has over twenty years of postgraduate training and experience in surgery. His special areas of interest are in burns, trauma, neonatal and hypospadias surgery in children, with over 200 publications and presentations. He currently holds two NHMRC grants in burns and trauma research. Please visit Andrew's University of Sydney profile page for more information.

Erik La Hei is a practising Paediatric Surgeon in both general surgery and burns, and has trained in The Netherlands, UK and Sydney.  His research concentrates on both the use of the Laser Doppler in children and the setting up of the porcine animal model of burns.

Dr Torey Lawrence is a practicing Paediatric Surgeon at The Children’s Hospital Westmead.  Her sub-speciality areas of interest include colorectal surgery, laparoscopic surgery and burns.  She has an interest in burns prevention and education as well as scar management and the cosmetic outcome and impact of burns scars. 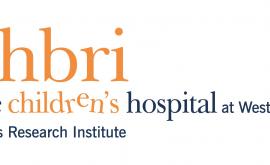